Even with NVIDIA removing the ETH mining gimp from the GeForce RTX 3060 with its new drivers, this wasn’t a one-fix solution… rather crypto miners had to do some work. For single-GPU mining solutions with the GeForce RTX 3060 you could ETH mine your life away without a problem, but with multiple cards in the system then the problems mounted.

Crypto miners discovered the ETH mining gimp can be avoided with multiple GeForce RTX 3060 graphics cards when you use dummy HDMI plugs in the back of the remaining RTX 3060 cards. This tricked the GPU drivers into thinking they were sending a display signal to a monitor, which then was a good enough trick to fool the GPU into mining at full speed — with 7 x GeForce RTX 3060s installed into a single system. 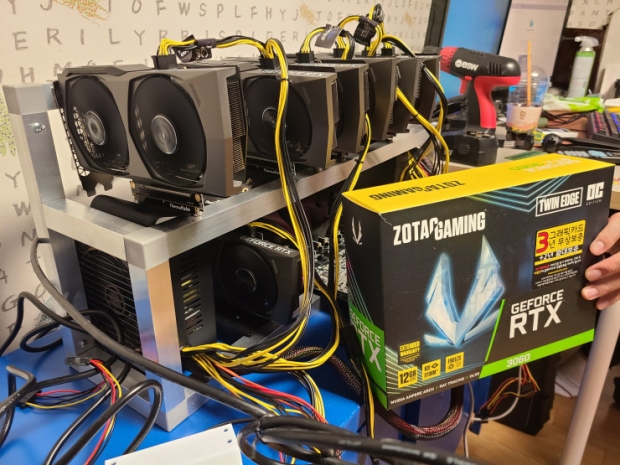 You can use PCIe risers + dummy HDMI plugs on the GeForce RTX 3060 graphics cards it seems, with 7 x RTX 3060s making around $32 per day in profits while consuming just over 1000W of power in total. If you can find the GeForce RTX 3060 in your market then it is a stellar GPU mining card, especially with 7 of them in there side-by-side.