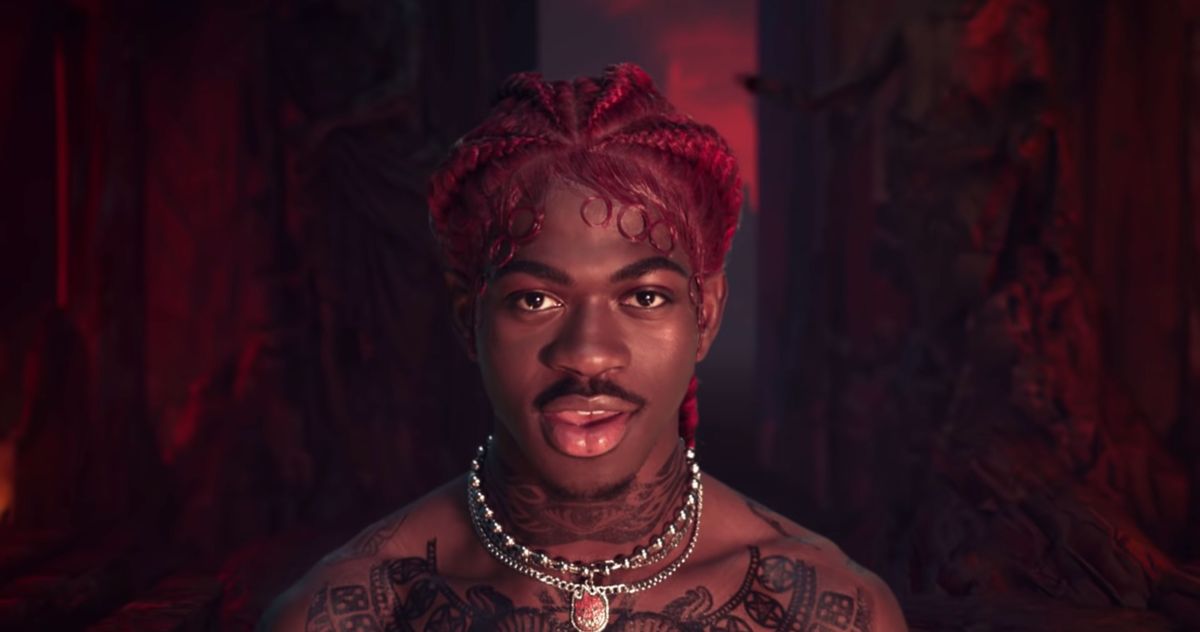 We, as a society, watched as Lil Nas X corrupted musical genres as we knew them. Now, let him corrupt your soul. The 21-year-old brought his otherworldly vision to the music video for “Montero (Call Me By Your Name,” his highly anticipated viral single. From the mystical Garden of Montero to a Roman coliseum to the Satan’s own kingdom, Lil Nas X transports us through a fall from grace with trippy visuals, intricate costuming, and an FKA Twigs homage, honoring the artist many feel deserved Lil Nas X’s Best Music Video Grammy. In the track, which pulls its subtitle from the Oscar-winning film starring Timothée Chalamet, Lil Nas X sings about wanting his down-low hookup to act like they’re on a first name basis, hence “Montero,” Lil Nas X’s real name. “You live in the dark, boy, I cannot pretend / I’m not phased, only here to sin / If Eve ain’t in your garden, you know that you can / Call me when you want, call me when you need,” he sings in the chorus. Get all up in Lil Nas X’s fantasy with these GIFs.

How gay people are made, according to Fox News.

Being fabulous has been a crime for far too long!

In an homage to FKA twigs’s “Cellophane,” Lil Nas X ascends to heaven, toward an angel, only to grab onto the (rather phallic) pole and send himself back to sin.

Lap dancing with the devil is exactly how close we’re trying to be this summer. Here for a good time, not biblical times.

And you would do it, too, in order to survive in eternal hell.

Did we say survive? We meant thrive. All hail king of sin, Lil Nas X.