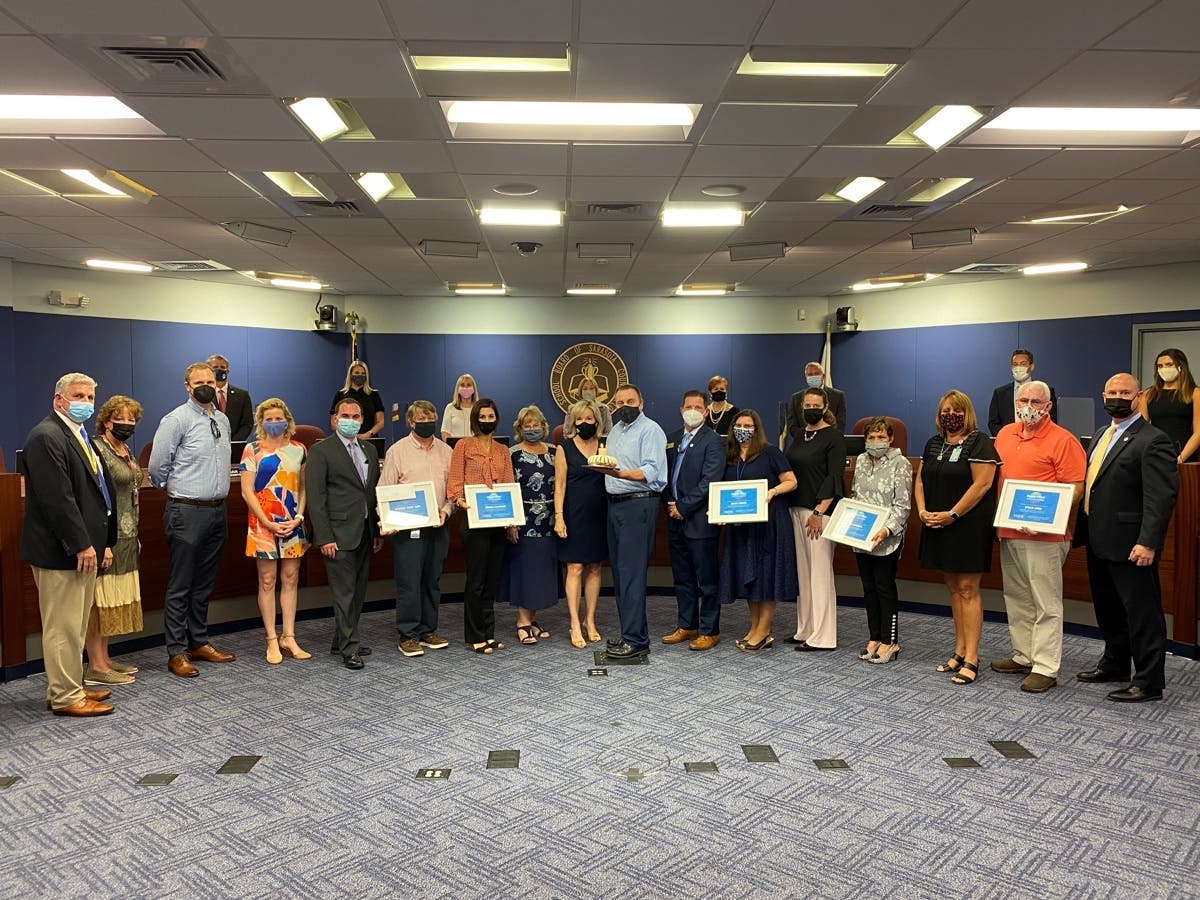 SARASOTA, FLA. — Five Sarasota County teachers have been recognized for their efforts in the classroom and as being education professionals who impact students both at school and in the community.

The teachers were honored on Tuesday as recipients of the Ripple Effect Teacher Award, which is handed out twice a year by the Charles and Margery Barancik Foundation, the district announced Wednesday.

The honor, which is named after the late philanthropists, is a semi-annual award that acknowledges the contribution of local teachers. The award comes with $5,000 to spend on professional development experiences or on material and/or equipment for their classroom.

The winners were selected from 54 candidates and were nominated by Sarasota County Schools principals, all of whom nominated one candidate. A committee of community leaders then voted on the award, which will be again handed out in September. The Barancik Foundation has made an on-going commitment to award the teacher grants in the amount of $50,000 each year, the district said.

Recipients who were recognized at Tuesday’s school board meeting include:

“Although this year has presented unprecedented challenges for our teachers, it has also highlighted the powerful ways our teachers motivate and inspire their students and colleagues,” Dr. Laura Kingsley, assistant superintendent of Sarasota County Schools said in a statement. “These five awardees epitomize what Chuck and Margie always felt about teachers: their love and dedication to our children has a ripple effect that impacts all of us.”

Recipients were commended for their innovative efforts in building positive cultural changes at their schools—among both their students as well as their peers, the district said in a news release.

“Chuck and Margie both believed in the power of education to change lives, it was the common thread in their philanthropy,” Teri A Hansen, president and CEO of Barancik Foundation said in the release. “Given all that teachers do for our students in and out of the classroom, we want to acknowledge and thank ten of those making a difference each year.”