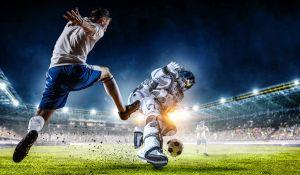 Disclaimer: The text below is a press release that was not written by Cryptonews.com.

Sorare CEO Nicolas Julia comments: “We’re building a gaming experience fueled by passion where fans can connect with football and a global community. On Sorare, they can truly own the game. We’re proud to have these legendary clubs join Sorare to allow fans globally to
connect with their players for the next few years. We’ve been very impressed by the growth of the Italian community of fans in Sorare. ”

These five Serie A clubs can further expand their international brand by reaching several untapped audiences of fans: gamers globally as well as growing their fan base in Asia and America where Sorare is growing strongly. Sorare is also effectively opening up a new revenue stream for football clubs, by creating a new game licensing category: non fungible token licensing.

Julia adds: “Given the current climate due to the covid-19 pandemic, this provides a new opportunity for football teams to create interest when live games have been significantly impacted. It offers football clubs a way to diversify their revenue streams.”

While football collectors have been able to collect and trade player cards for decades, this was limited to the physical world. Sorare is a global fantasy game that brings people together, especially in times of isolation, through their sports fandom. The fantasy managers buy digital cards of players for the same reasons they buy cards offline – status, differentiation, identity, and membership. Cards are about the nostalgic factor. This also offers the most direct way of being associated to the upside of a sports player. The Ronaldo Unique card sold for 289.990 USD in February.

Italian Serie A Aficionados can now own the game and play with their favorite footballers by using their cards in their fantasy team. The score of the card will depend on the performance of the player in real-life, making fantasy a reality.

Sorare cards are backed by blockchain technology to provide transparency and portability into other games. More importantly, the blockchain Ethereum enables the act of collecting in the digital space by creating digital scarcity through “non-fungible tokens” (NFT). It secures the passion of fans and creates a new level of trust and freedom for gamers who can freely trade their assets over the internet.

The company’s mission is to build “the game within the game” and to give fans the platform to celebrate, share and own their football passion. Through tradable digital cards, Sorare is designing a collective fantasy football experience where you can manage your favorite players and hone your passion to earn prizes. Anyone, anywhere, can connect with the beautiful game on Sorare.

More than 140 football clubs from Europe, the United States, and Asia have partnered with Sorare. See all licensed clubs on Sorare here.

Founded in 2018, Sorare was created by football fans for football fans. Through blockchain digital collectibles and its global fantasy football, the company is on a mission to become ‘the game within the game’.

Sorare is transforming online sports fandom and giving its community a new way to connect to the clubs and players that they love. The platform had a monthly card sales volume of over 28M USD in March 2021 across 130 countries. Based in Paris, Sorare is funded by a world-class team including Benchmark, Accel Partners, e.ventures, footballers Gerard Piqué, Antoine Griezmann and André Schürrle.

Whales and Seniors and a look at how AAVE has been since the DeFi Summer – Coin-News24.com

Ethereum: What to expect from the leading alt in Q4 after Merge – Coin-News24.com