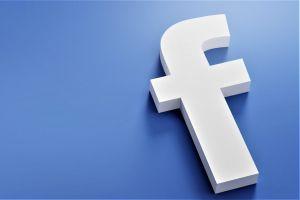 Yesterday, one of the top subjects of conversation on Bitcoin Twitter was initiated when investor Alistair Milne claimed there is a rumor that Facebook will announce they hold bitcoin (BTC) on their books on Wednesday. There is a long history of false rumors and reports when it comes to huge announcements that could affect the bitcoin price, which may be why the cryptoasset didn’t move much after Milne shared the rumor on social media.

While there isn’t much point to speculating about whether the rumor is true or not, there is certainly value in pointing out the various reasons as to why it would make sense for Facebook to make this move.

Specifically, there are three key reasons Facebook should be considering an allocation to bitcoin: it may help them with their reputation issues around user data and privacy, integrating bitcoin into Facebook makes more sense than their Diem project, and they’re bound to earn a return by purchasing bitcoin and then giving the asset their own stamp of approval by publicly disclosing the purchase.

According to Statista, Facebook is the most widely-used social media application in the world, but there is a certain segment of the population that absolutely loathes this tech giant. And it just so happens that there is a lot of overlap between the Facebook critics and the Bitcoin enthusiasts. This overlap makes sense because critiques of Facebook often sound quite similar to Bitcoin users’ criticisms of the legacy banking system. Bitcoin users love the ability to take full custody and responsibility over their money and remove the need for trusted intermediaries in the digital world. Similarly, Facebook critics would prefer to be in complete control over their data rather than having it collected, stored, and sold by a centralized third party.

In other words, Bitcoin supporters and Facebook detractors have common ground in the desire for retaining self-sovereignty on the internet.

Facebook’s issues around privacy and control over user data have revealed themselves via a number of scandals and controversies over the years. Also, CEO Mark Zuckerberg referred to his users as “dumb fucks” for handing their personal data over to him when the platform was still just a website known as The Facebook. There have been many other user privacy snafus that have popped up for the social media giant over the years, but the point is that all of these issues involve personal data being placed in the hands of a trusted third party, Facebook, which is a problem Bitcoin proponents understand quite well.

@kyletorpey It will most probably be horrible, in a lol way. But not lol as in “won’t happen”. IMO they will keep m… https://t.co/E0IW4ydQs9

Facebook seems to have a renewed push for user privacy and data security every few years, but buying, using, and promoting bitcoin could do wonders for their credibility when it comes to their statements in regards to user sovereignty on Facebook’s platforms. The pressure on Facebook related to these issues is also likely on the rise thanks to Apple, which has launched a wide variety of privacy-enhancing features over the past couple of years that allow users of Apple devices to retain more control over their data. Of course, Facebook’s official response to Apple’s privacy improvements has been to do things like claim the move will harm small business, so perhaps we’re still waiting on Zuckerberg’s come-to-Jesus moment.

Facebook is already connected to the concepts of cryptocurrency and blockchain technology via its Diem initiative, which was originally known as Libra. However, Diem is nothing like Bitcoin.

First of all, it wouldn’t make sense to refer to Diem as a pure cryptocurrency, as it’s based on a permissioned blockchain. The key innovation with Bitcoin was to enable dynamic, potentially-anonymous actors to solve the double-spending problem and order transactions. With Diem, the system is controlled by a federation of known, trusted entities. Additionally, Diem is intended to track the value of the US dollar, which means it’s quite similar to many of the various tools for online payments that already exist in the United States. Indeed, the level of centralization involved in this project has already enabled a number of delays and structural changes due to concerns from regulators.

If Facebook truly wants to give their users more sovereignty and control over their data and money, then it would make much more sense to simply integrate bitcoin into their existing applications rather than effectively recreating PayPal or Cash App on top of a permissioned blockchain.

Even US Congressman Warren Davidson (R-OH) suggested that Facebook should opt for bitcoin instead of creating Diem in the early days of the project.

On the official website of the Diem project, there is a heavy focus on the desire to bring financial services to the unbanked. But the reason the unbanked don’t have access to financial services is related to restrictions around Know Your Customer (KYC) and anti-money laundering (AML) regulations. If these requirements did not exist, people would already be moving dollars, euros, and other fiat currencies around the world as easily as a tweet or an email. Yes, stablecoins already exist, but it’s unclear if regulators will allow pseudonymous digital transactions to persist in these dollar-denominated IOUs. And if they are allowed to persist, then why is a blockchain needed in the first place?

Creating another centralized system like Diem does not solve this problem because it is easily regulated and controlled. With bitcoin, any pseudonymous individual is able to receive payments in a permissionless manner. This is the key differentiator with bitcoin and the reason it is able to operate as a form of digital cash.

As a final side note on Diem, it would make sense for Facebook to purchase and hold some bitcoin if they intend to go back to the original vision of Diem (then Libra) where the digital currency was backed by a basket of currencies rather than just the US dollar, as bitcoin could potentially be added to Diem’s reserves as well.

If Facebook continues to pursue Diem in lieu of Bitcoin, it will be clear that this step into the digital currency realm is just another power grab rather than a new way to empower their users. Instead, they should hold bitcoin on their balance sheet and begin building new products and services around it.

For those ready to point out that Bitcoin (even with the early development of the Lightning Network) cannot scale to handle the entire Facebook user base today, it’s important to realize that every Facebook user is not going to immediately start making Bitcoin payments the day they theoretically go live. And even if this sort of functionality is still some years away, it still makes sense for Facebook to buy now while it’s still early.

The third reason Facebook should buy and hold some bitcoin on their books is a pretty simply one: pumponomics. If Facebook were to purchase some bitcoin and then come out with an announcement regarding their bitcoin position and intentions to build products and services around the world’s most popular cryptoasset, then they would stand to benefit financially from the likely increase in the bitcoin price following the announcement.

Microstrategy CEO Michael Saylor was the first executive at a publicly-traded company to outline this simple strategy when he recommended it to Tesla CEO Elon Musk via Twitter.

@elonmusk If you want to do your shareholders a $100 billion favor, convert the $TSLA balance sheet from USD to… https://t.co/Z2vfvtNZac

And according to Square Chief Financial Officer Amrita Ahuja, “There’s absolutely a case for every balance sheet to have bitcoin on it.”

Now, some may say that it would make more sense for Facebook to adopt an altcoin instead of bitcoin, as it would perhaps be easier for Facebook to pump and dump a much lower-valued cryptoasset for profit.

However, the point is not to pump and then dump. Instead, the point is to buy and help build and support a native, permissionless currency for the internet.

It’s also worth noting that simply pumping and dumping a small-cap altcoin would have the opposite effect in terms of Facebook improving their reputation. Additionally, Facebook will need for there to be enough liquidity in a cryptocurrency for them to eventually convert some funds back to US dollars, if necessary. As Tesla recently proved, there is plenty of liquidity in bitcoin.

A decision to get into bitcoin may come down to time preferences for Facebook. The social media giant can continue to cling onto centralized control or begin to embrace a future internet that is more decentralized and enables true user sovereignty. While Facebook increases its power through centralization today, there may eventually be a need to embrace user sovereignty, as Twitter has done with bluesky. Long term, a future where Facebook has not embraced bitcoin may look rather dystopian, as it may indicate the cryptocurrency failed.
____

Learn more:
– This is How Facebook’s Novi Can Share Libra User Info With Others
– Nexon Spends USD 100M on Bitcoin Amid ‘Potential Currency Debasement’
– Meitu CEO Hints More Asian Firms May Buy Bitcoin, Ethereum, As Shares Rally
– Bitcoin Snowball Is Expected To Hit More Institutions in 2021
– A Wave of Giants Rushing to Invest in Bitcoin Could Derail the Stock Market
– Norwegian Giant Aker Goes Bitcoin, Defends BTC Mining, Eyes Micropayments
– Why This Bitcoin-Believing Startup Bets on Facebook’s Diem Instead
– What Might Change The Currency Composition of Central Banks’ Reserve Holdings?
– How Bitcoin and DeFi are Completely Different Phenomena