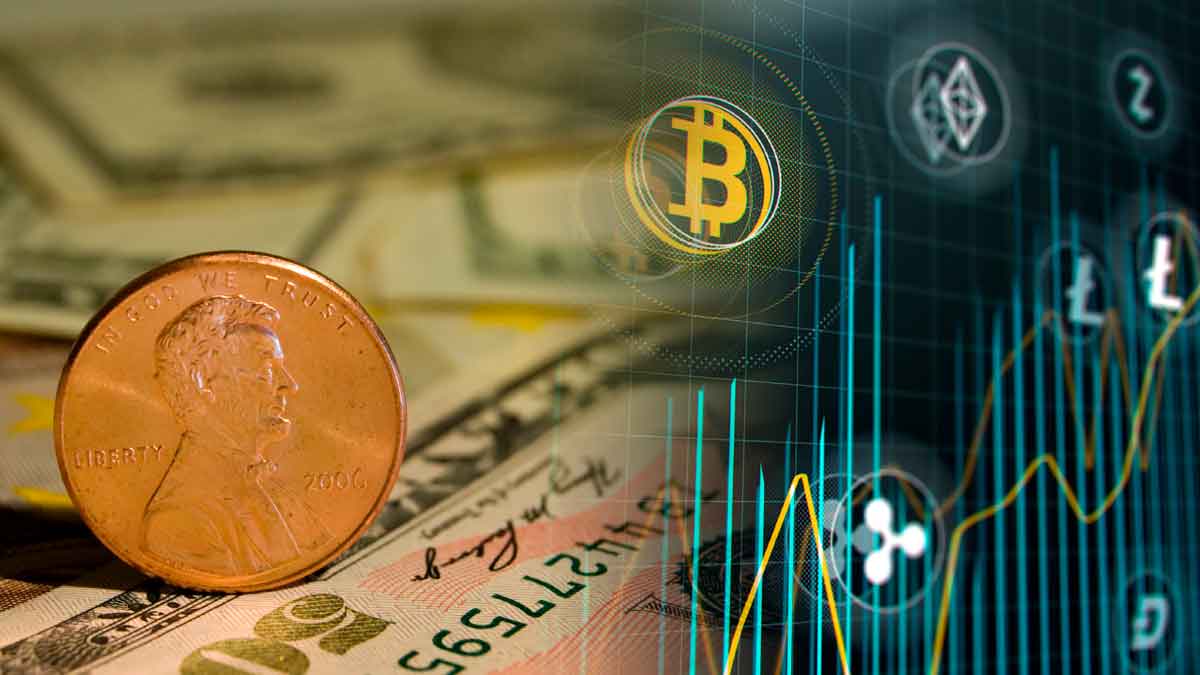 Will Cryptocurrency Stocks Continue to Gap Up?

Many cryptocurrency penny stocks gapped up early on Tuesday, April 13th. If you’re not familiar, these are companies that are engaged in either the cryptocurrency market or with blockchain technology. There are a few reasons why there is so much popularity surrounding the crypto market right now.

For one, news dropped recently regarding the IPO of the popular cryptocurrency exchange, Coinbase. While Coinbase most likely won’t be a penny stock, it might still be worth watching. Coinbase will go public on April 14th, trading under the symbol, (NASDAQ:COIN). This is a big deal as it both offers investors an opportunity to invest in the platform, and serves to further legitimize the cryptocurrency and blockchain industries.

The next reason is the spike in cryptocurrency prices such as the famed, Dogecoin (DOGE). As of midday on April 13th, Dogecoin surpassed $0.94, with a daily gain of over 23%. It’s important to consider that Dogecoin and similar alt-coins as they are known, can be very volatile. But, with celebrities like Elon Musk touting its potential, Doge will likely be here to stay.

Additionally, the mother of all cryptocurrencies, Bitcoin, hit an all-time high of over $63,000, nearing a $10 billion market cap for the first time. This is both encouraging news and symbolically important for crypto and penny stock investors to consider. With so much hype surrounding cryptocurrency stocks, how can investors get a piece without actually investing in crypto coins? Well, the answer is simple.

There are plenty of publicly traded companies with a correlation to the crypto market. This allows investors to have crypto exposure, without the risk that can often come with it. Considering this, let’s take a look at three cryptocurrency penny stocks to watch ahead of Coinbase’s IPO.

Humbl is a company that offers seamless connections between consumers and merchants. This includes tools used to help the integration of the new, digital economy. In its business model, Humbl offers three core divisions. These are Humbl Mobile, Humbl Marketplace, and Humbl Financial. These technologies allow for the adoption of blockchain and other digital assets to consumers around the world.

Only a few weeks ago, Humbl announced the launch of its BLOCK Traded Index (ETX). This essentially works as an ETF or exchange-traded fund, but for cryptocurrency. The Block ETX allows digital asset purchasing for both retail and institutional investors that aim to get into the crypto market. Because investors can trade crypto 24/7 unlike traditional stocks, it has become extremely popular among all types of traders.

This ETX will include Humbl Financials proprietary, multi-factor blockchain index as well as trading algorithms and financial services. Additionally, the platform will be available to both U.S. customers via its current application and international users through Bittrex Global. While HMBL stock has been quite volatile this year, its price is closely tied to the crypto market.

When Humbl went public through the reverse merger with Tesoro Enterprises Inc. (TSNP), it quickly became a well-known name in the crypto market. The three verticals it operates in include; Financial, Marketplace, and Pay. These allow Humble to act as a one-stop-shop for all things crypto. Considering the exposure it offers, is HMBL worth watching right now?

Neptune Digital Assets Corp. is similar to Humbl in that it offers a wide variety of crypto-related services. In its pipeline are offerings such as ecosystem products, bitcoin mining, tokens, proof-of-stake cryptocurrencies, decentralized finance, and associated blockchain technologies. While these terms may seem foreign, they comprise a large part of the cryptocurrency ecosystem and the needs of investors.

On April 12th, Neptune Digital Assets announced that it had signed into a shareholder agreement with Link Global Technologies Inc. (OTC: LGLOF) to create Pure Digital Power Corp. With this, the pair will expand operations into renewable energy mining. The new company will be developing a 5 mW, renewable energy-dominated bitcoin mining facility.

Also, this facility can expand greatly and scaled as time goes on. The bitcoin that is mined via this operation will be held in treasury for reinvestment and it will be used for decentralized finance-based earnings. Moving forward, the pair will work to hire a new team to oversee this as well as developing a new Pure Digital carbon credit token or NFT. Additionally, it will develop a renewable energy resource that can power the operation.

When this was announced, the CEO of Neptune Cale Moodie stated that “we are extremely excited with our second foray into bitcoin mining with Link, and an environmentally sustainably focused operation at that. We see the future of bitcoin mining to be an environmentally sustainable one, and this flagship operation is likely to be the first of many mW to be developed using green sources.”

This is exciting because currently, bitcoin mining is an high energy-consumption process. So with renewable energy as its backbone, this could be a major game-changer for bitcoin mining. Whether this makes NPPTF a penny stock to watch is up to you.

While ZW Data gapped down during early morning trading on April 13th, this can be seen as a correction following its big rise only a day earlier. And despite it being down on the day, ZW Data has a lot going for it that could play out well in the future.

For some context, ZW Data Action Technologies works in online advertising, precision marketing, data analytics, and other services for its enterprise clients. It is also working on the development of blockchain and artificial intelligence-enabled applications and software. All of these work to make up ZW’s extensive portfolio of digital assets.

Big news broke last month when it announced the closing of a $18.7 million registered direct offering. While this is not uncommon, it is always encouraging for a company’s balance sheet. ZW states that the proceeds from this will go toward general working capital moving forward.

Only a few weeks before this, the company announced a strategic cooperation agreement with BitSpace Tech Inc. The goal of this is to build out a blockchain mining platform for ZW’s customers to utilize. BitSpace has a long history in the blockchain mining industry, working in AI tech, blockchain investment, and big data computing services for Bitcoin.

The Chief Technology Officer of ZW Data, Yingguang Guo, stated that “we will work together to establish multiple large-scale self-operated mines with a load of more than 100,000 kilowatts in a much faster-operating efficiency. We will also have comprehensive cooperation with BitSpace in the field of digital currency, such as mine design and construction, mining machine procurement, operation and maintenance, and quantitative hedge investment of digital currency.”

While cryptocurrency and blockchain are not ZW’s only operations, they are becoming an increasing part of its business model. For this reason, investors may want to keep CNET stock at top of mind.