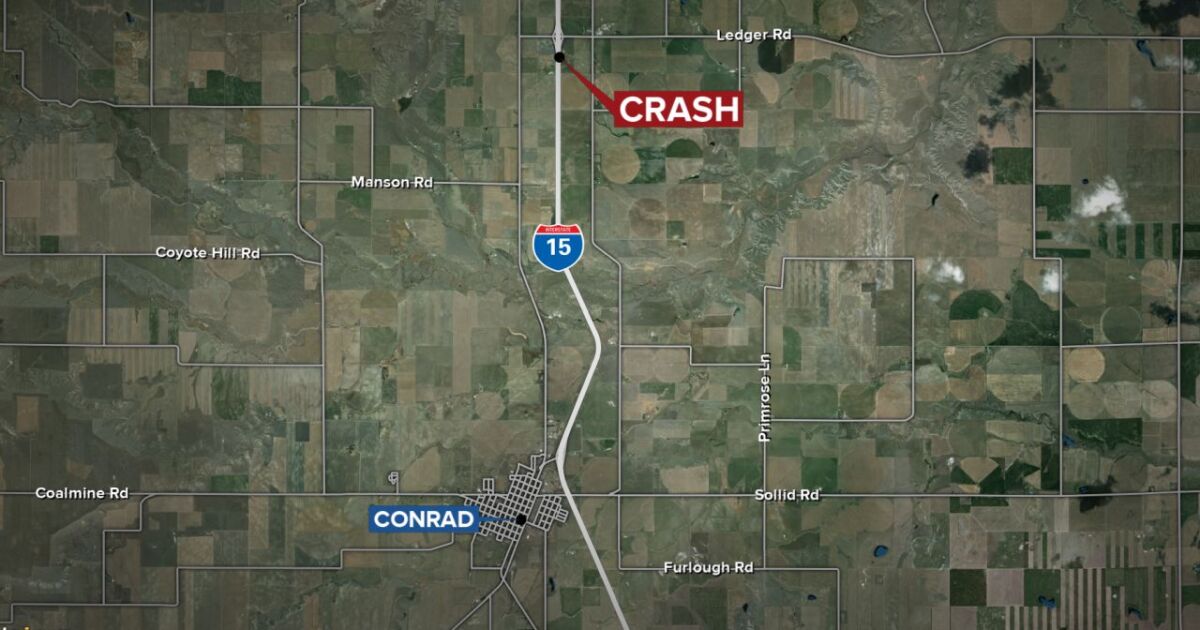 GREAT FALLS — Two people died and four others were injured in a four-vehicle crash on Interstate 15 on Monday. The crash happened at about 1:15 p.m. near mile marker 344, just south of the Ledger exit.

The Montana Highway Patrol reports a vehicle was southbound on I-15 and entered an area dense with smoke from a nearby controlled burn.

The driver slowed down to about 25 mph and was rear-ended by a second vehicle. The impact caused a ripple affect, affecting four vehicles in all.

Two females from Columbia Falls died at the scene; they were 20 and 17 years old.

Authorities have not yet released the names of the two who died. The current condition of the four injured people is not available.

We will update you if we get more information.