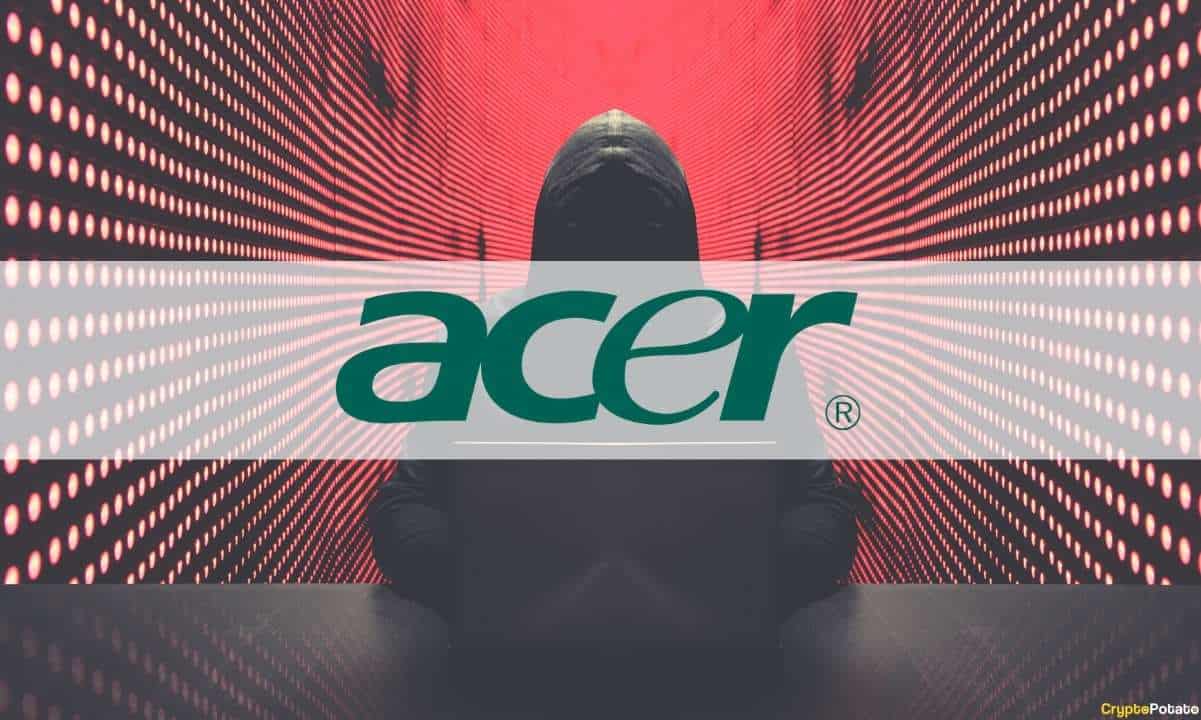 The Taiwanese multinational hardware and electronics company, Acer, is purportedly the latest popular organization to fall victim to the notorious REvil ransomware attack. According to recent reports, the perpetrators have requested one of the largest demands so far of up to $100 million paid in the privacy cryptocurrency – Monero.

Headquartered in New Taipei City, Acer is among the world’s largest manufacturers of computer hardware and electronics with revenue of over $230 billion (as of 2019).

Coverage from BleepingComputer indicated recently that giant had fallen victim to a ransomware attack. It reads that the hackers have publicly announced on their data leak website the successful penetration of Acer’s servers by placing images of allegedly stolen files as proof.

The attackers said that they had compromised and obtained financial spreadsheets, bank communications, bank balances, and more.

Furthermore, the report revealed the massive amount demanded from the attackers – $50 million. However, Acer had the opportunity to take advantage of a 20% discount ($10 million) if they had paid until last Wednesday. As of writing these lines, it’s unclear if the electronics company had paid the requested demand.

In contrast, though, if the firm fails to pay by March 28th, the ransom would double to $100 million.

It’s worth noting that Acer refused to confirm if the company was indeed the victim of a ransomware attack to BleepingComputer. Instead, the statement reads that it had “reported recent abnormal situations” to relevant LEAs and DPAs.

Back in 2020, the ransomware gang announced the transition from requesting Bitcoin (BTC) as the primary demand payment option to the privacy token – Monero (XMR). After citing anonymity issues, they started asking all demands to be transferred with XMR and even provided educational materials to teach victims how to purchase and send the coin.

Somewhat expectedly, they have made the same request to Acer as well. The screenshot below illustrates that the computer giant needs to convert its fiat currency to XMR before transferring the funds.

SPECIAL OFFER (Sponsored)
Binance Futures 50 USDT FREE Voucher: Use this link to register & get 10% off fees and 50 USDT when trading 500 USDT (limited offer).

PrimeXBT Special Offer: Use this link to register & enter CRYPTOPOTATO35 code to get 35% free bonus on any deposit up to 1 BTC.