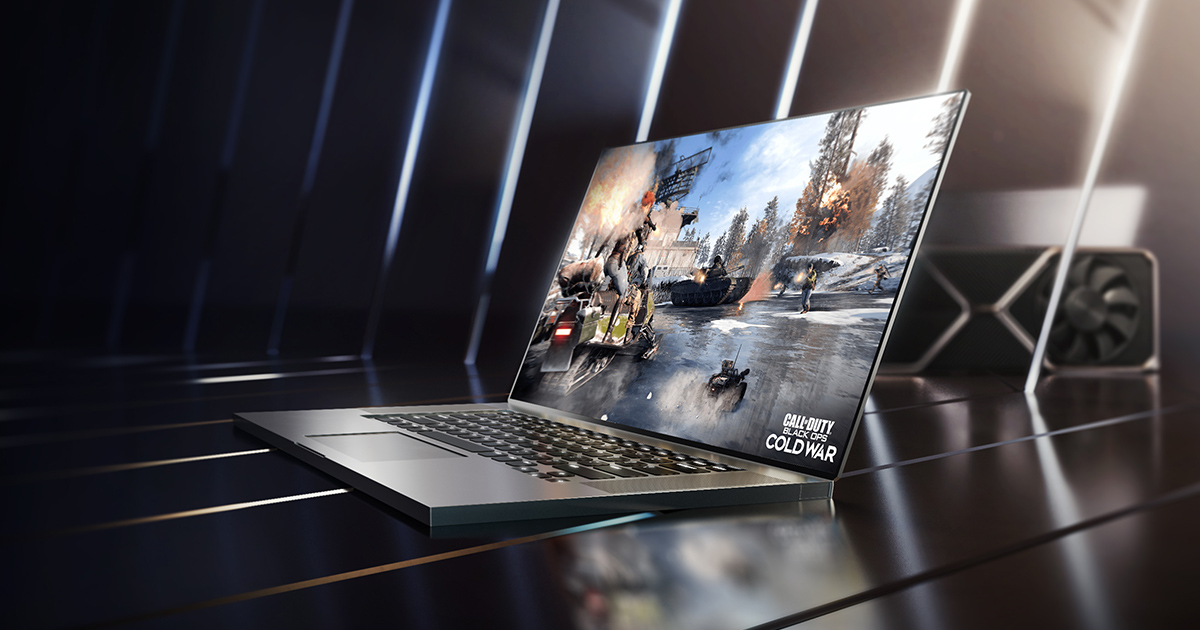 NVIDIA (NASDAQ:NVDA) is seeing accelerating adoption for its chips across several markets, including cloud computing and medical imaging. In its fiscal 2022 first quarter, profits more than doubled year over year, and management expects the momentum to continue in the near term.

Despite the rosy outlook, the stock traded down slightly after the report, but it has since gained 8% since the earnings news. One reason for the volatile trading is some analysts believe the 106% year-over-year increase in gaming revenue was too good to be true. This stems from a comment by CFO Colette Kress in the earnings report that suggests the gaming surge might have experienced a boost from non-gamers. In a statement, Kress said, “We believe gaming also benefited from cryptocurrency mining demand, although it is hard to determine to what extent.”

This statement raises a red flag about the sustainability of gaming growth — NVIDIA’s largest business segment. Let’s review why the surge in demand from miners might be making investors cautious, and what management is doing about it.

NVIDIA would like to avoid the revenue collapse in the gaming business that started toward the end of calendar-year 2018. In the fiscal 2019 fourth quarter (the three months ended Jan. 27, 2019), gaming revenue plummeted 46% sequentially, causing the stock price to fall sharply.

The culprit was a sharp decline in cryptocurrency prices that caused miners to stop buying NVIDIA’s GeForce gaming cards, which are often used to mine digital currencies. This led to excess supply, which forced NVIDIA to reduce shipments of GPUs to allow the excess inventory to sell through. 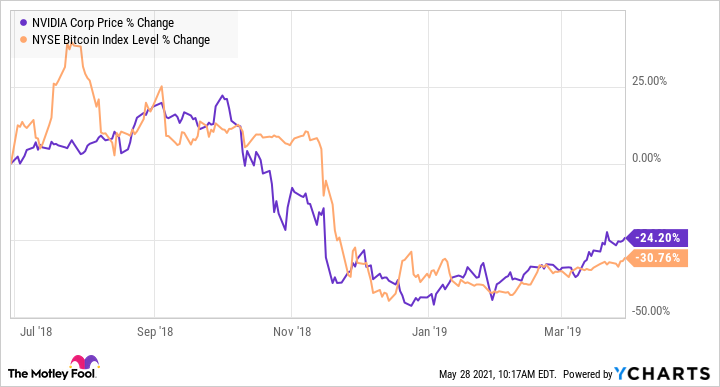 This time around, however, NVIDIA says it’s better prepared. It recently launched cryptocurrency mining processors (CMPs), which generated $155 million in revenue in the last quarter. Also, management reduced the mining capability of its GeForce GPUs to discourage miners from buying dedicated gaming cards and to steer them toward CMPs instead.

This seems to be working as management forecasts CMPs will generate $400 million of revenue in the current period, a sharp increase over the fiscal first quarter. This guidance implies tremendous mining demand that management is seeing internally.

Still, there’s no way NVIDIA can know who is buying its gaming chips, so there’s still uncertainty about the integrity of the recent acceleration in gaming revenue, especially during a typically slow quarter for the gaming segment.

The most important thing

NVIDIA should be better insulated from a potential fallout in mining demand, given the steps it made to discourage crypto miners from buying cards intended for the gaming market.

It’s important to note that the plunge in gaming revenue a few years ago turned out to be an ideal buying opportunity for investors. The video game industry welcomed many new and returning players during the pandemic, and many of these gamers are clearly investing deeper in their new hobby. For example, Logitech International and Corsair Gaming reported robust sales of gaming peripherals recently. 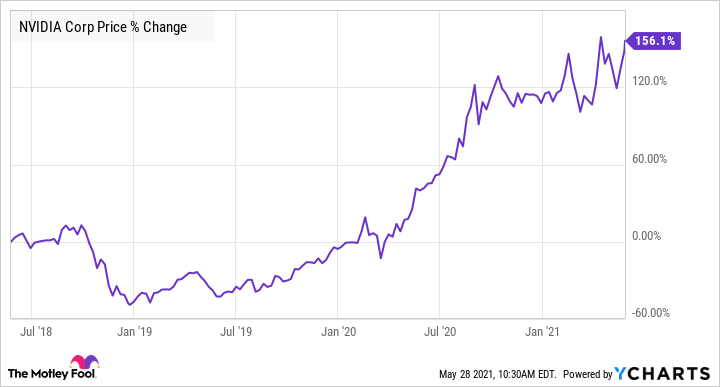 NVIDIA’s GPU technology goes back more than 20 years, and the growing demand in computer graphics over the years has served it well. Its total GPU revenue was $2.5 billion in fiscal 2011, but the gaming segment alone generated $9.2 billion in revenue over the last four quarters.

The bottom line: Be mindful of the near-term cryptocurrency risk, but it’s the long-term demand trends in gaming and data center technology that will ultimately determine the direction of NVIDIA’s stock price.